The War for Middle-Earth 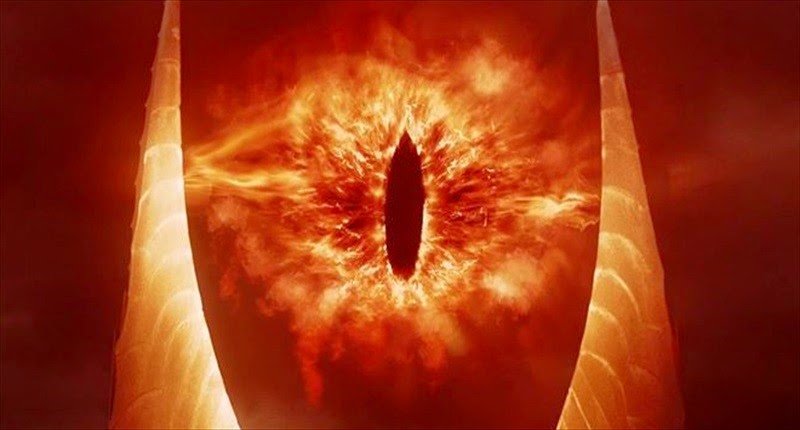 'Now Sauron's lust and pride increased, until he knew no bounds, and he determined to make himself master of all things in Middle-Earth.....He brooked no freedom nor any rivalry, and he named himself Lord of the Earth. A mask he still could wear so that if he wished he might deceive the eyes of men, seeming to them wise and fair. But he ruled rather by force and fear, if they might avail; and those who perceived his shadow spreading over the world called him the Dark Lord and named him the Enemy.'

This short quote from The Silmarillion sums up the essence of Sauron, who we must not forget is the servant of another dark power - Morgoth - just like the Demiurge is the power behind the Dark Lord. Sauron is a liar, a deceiver, and rules through force and fear, just as we find with the Global Powers that rule Middle-Earth today. But we should remember that it is an alliance of Gondor, Rohan and the Light-Elves that face the Dark Lord and his Dark Orcs in battle, and it is the humble and lowly Shire-Folk that finally cause the destruction of the One Ring of Power though it is an act of self-destruction really since it is the Gollum (Golem) that finally destroys itself together with the One Ring of Power.

Just as the Brood of Loki was raised in the Ironwoods the first shadows arose in the Mirkwood where the power of Sauron re-emerged after its defeat at the end of the Second Age. Sauron, we are told, came out of the wastes of the East, taking up his abode in the south of Mirkwood -

'It was the Shadow of Sauron and the sign of his return. For coming out of the wastes of the East he took up his abode in the south of the forest, and slowly he grew and took shape there again; in a dark hill he made his dwelling and wrought there his sorcery, and all folk feared the Sorcerer of Dol Guldor, and yet they knew not at first how great was their peril.'

Nothing can exist without its opposite, and so the growing power of the Dark Lord must be countered by the Powers of Light and Order, and thus shall arise a counter-power to challenge the Forces of Darkness and Chaos - the Dark Shadows that arise in the Darkness of Night at the End of Time -

'Even as the first shadows were felt in Mirkwood there appeared in the west of Middle-Earth the ISTARI (*), whom men called the WIZARDS. None knew at that time whence they were...But afterwards it was said among the Elves that they were messengers sent by the Lords of the West to contest the power of Sauron, if he should arise again, and to move Elves and Men and all living things of good will to valiant deeds. In the likeness of Men they appeared, old but vigorous, and they changed little with the years, and aged but slowly, though great cares lay on them; great wisdom they had, and many powers of mind and hand...'

The Istari or Wizards were the Messengers of the Gods sent down to Middle-Earth to 'contest the power of Sauron' (The Dark Lord) and to 'move Elves, Men and all living things of good will to valiant deeds'. This can only be done through positive thought that wills positive action and that achieves positive results. Our English Flag - the Cross of Fro-Ing - is a positive symbol (+) which is why we still use this symbol rather than trying to totally replace it - it is not a xtian symbol and it is not a Norman symbol, since it pre-dates both of these going back into very ancient times. It is also symbolic of the healing of the legs of Baldaeg's Foal, and thus of his resurrection.

One of the Dark Powers allied to the original Morgoth was Ungoliant - the Great Spider - who is paralleled in Lord of the Rings by Shelob, and it can be no coincidence that the Dark Powers rule through the World Wide Web which is merely a materialistic symbol of this ancient force that seeks to control Middle-Earth. The great battles depicted in the Mahabharata and the Ramayana are reflected in the battles outlined in the Silmarillion and the Lord of the Rings, as well as World War I and World War II - especially the latter which was Total War of Devastation - the 'Abomination of Desolation'. 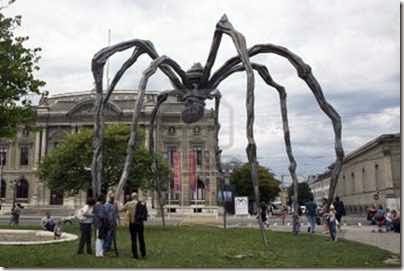 There are two characters in Lord of the Rings that I would like to analyse in order to clarify their archetypal role in this epic English Mythology - Aragorn and Gandalf. Firstly I will look at the figure of Aragorn, son of Arathorn and of the Royal Line of Elendil. He is the Rightful King or the Once and Future King whose lineage is through the Dunedain who were originally called the Numenoreans. The Numenoreans were a High Race whose downfall occurred, we are told by Tolkien, because they mixed their Divine Blood with the lower races, and this blood-pollution caused their degeneracy and eventual downfall when many of them were subverted by the wiles of Sauron - the Dark Lord. We are told in The Silmarillion how this High Race lost its power and wisdom and its long life-span due to its mixing its Divine Blood -

'For the blood of the Numenoreans became much mingled with that of other men, and their power and wisdom was diminished, and their life-span was shortened...'

Aragorn was one of the Rangers whose descent was from the Dunedain ('Edain of the West'), the Edain being the dwellers in Numenor which was a land prepared for them by the Valar (Gods) in the First Age. This would be the equivalent of At-al-land, which is centred around North-West Europe. Aragorn, as one of the Rangers, was named 'Strider' since his title 'Aragorn' was such that he could not take it up until he recognised himself as the Rightful King.

Before Aragorn could take up his destiny he had to acquire the 'Shards of Narsil' which was the sword broken by Sauron when wielded by Elendil in the battle at the end of the Second Age. The sword was reforged by the Elven Race  -

'The Sword of Elendil was forged anew by Elvish Smiths, and on its blade was traced a device of Seven Stars set between the crescent Moon and the rayed Sun, and about them was written many runes; for Aragorn, son of Arathorn was going to war upon the marches of Mordor.'

The reforged sword was named Anduril - 'Flame of the West' - which reflects the name of the Hun-Sword given to Hengest - 'Battle-Flame' - and it also suggests the Flaming Sword wielded by Kalki Avatar - the Last Avatar. Aragorn, of course, is the archetype of The Last Avatar who arises from the soul of the people in their direst hour. Aragorn takes a leading role in the battles against the Dark Lord and his Orc Armies.

Gandalf is one of the Istari or Wizards that arise in order to counter the growing power of Sauron; Tolkien based the figure of Gandalf on Woden, with perhaps some characteristics of Merlin the Magician - the same archetype originally. In the saga Gandalf dies and is 'reborn' again, this being an initiation from Gandalf the Grey to Gandalf the White, in which his power grows tremendously, needed to counter the dark sorcery of Sauron. Gandalf plays a leading roles in the whole of the saga from beginning to end, and is a guide and a leader of men.

Gandalf's role is to encourage men to great deeds, to fight for their freedom, to fight against the Dark Powers, and he is responsible for urging on both the Rohirrim and the Men of Gondor to wage war against the Dark Forces. He is also responsible for urging on the Hobbits to fulfil their role in the struggle - the Shire-Folk. Gandalf also takes part in the battles, though this is not the role of Woden in his archetypal myth. Gandalf held the ring known as Narya (an anagram of 'Aryan'), and the Sign of Gandalf was the Feoh-Rune - the Primal Rune.

The Hobbits or Shire-Folk - clearly based upon the humble Englishman - played a key role in the destruction of the One Ring of Power. It is truly the Shire-Folk who play a key role in the struggle against Sauron and the Dark Forces.Although small, their courage and bravery excelled and is an example to all that undertake this great struggle.

The Rohirrim also take a great part in this struggle, and Tolkien in one instance refers to them as the 'Norsemen' which clearly refers to the Vikings. However, the names of all those of Rohan are Old English and their alternative name Eorlingas is Old English. Rohirrim means 'horse-riders' and here we see a link to the most ancient Sacae-Sani or Aryan Scythians - the Saxons. The Eorlingas are descended from Eorl the Young and Tolkien informs us that they were kindred to the Kings of Gondor originally, descended from Eldacar, and thus Numenoreans.

Saruman the White was one of the Istari, indeed was the greatest of the Istari, but his lust for power caused him to make a pact with Sauron and he thought he could at first rival Sauron in might - a folly that coule never be achieved. Thus, like the White Traitors, he betrayed his kinsmen and attempted to build an army of Uruk Hai (Orcs) that besieged Helm's Deep but were defeated there. In the film Saruman is thus defeated and held prisoner in the Tower of Isengard, but in the book it is Saruman and his aid, Grimr Wormtongue, that at the end take over the Shires before being defeated and expelled by the Shire-Folk led by the hero-Hobbits of the saga.

In the Lord of the Rings we have all the archetypes on both sides of the struggle, and the Final Conflict between the Light Powers (Gondor-Rohan-Elves-Hobbits) and the Monsters of Chaos - Orcs, Goblins, Uruk-Hai and the other renegades and traitors of men. This results in the victory for the Powers of Light and the defeat and destruction of Sauron, the Gollum (Golem), the Dark Orcs and the renegades of men. Both sides lose a great deal in this struggle, but order and stability return with the Return of the King, and the White Tree (White Race) flourishes again from the seedling sown from the tree destroyed by Sauron.

'Yet in that hour was put proof that which Mithrandir had spoken, and help came from the hands of the weak when the Wise faltered. For, as many songs have since sung, it was the Perianath, the Little People, dwellers in hillsides and meadows, that brought them deliverance.

For Frodo the Halfling, it is said, at the bidding of Mithrandir took on himself the burden, and alone with his servant he passed through peril and darkness and came at last in Sauron's despite even to Mount Doom; and there into the Fire where it was wrought he cast the Great Ring of Power, and so at last it was unmade and its evil consumed.'

It was the humble Halflings or Shire-Folk that became the greatest of heroes and destroyed the Ring of Power, destroying the power of Sauron. Don't write off the English, no matter how things look today!

(*) Note the resemblance between the name ISTARI and OSTARA - the Goddess of Dawn and Regeneration.