The Sigurd Lay in the Landscape of England.

The stumbling-block we face in regard to the use of ancient sites around England is that for some centuries now most of the stone circles, cromlechs, standing stones and sacred groves have been associated with 'Celtic' use, and with the 'Celtic Druids', even though the established history tells us that these 'Celts' came here long after these structures were built. Since - we are told - the Anglo-Saxons were late invaders, as were the later Vikings, then these people can lay no claim for the use of such sites. Common sense can disprove this idea if we study the area around the Uffington White Horse and the nearby Wayland's Smithy - areas long used by Odinism and Wodenism.

It is my contention that this area of Oxfordshire (previously Wiltshire) is sacred to the English because it is linked to the Legend of Sigurd the Dragon-Slayer. To prove this we need to study the area and its landscape, which can be equated with this Germanic Myth. Let us look at some ideas -

The area around the Uffington White Horse has numerous Saxon names, and the name Uffington is that of the Wulfinga Tribe which we find in East Anglia as the Wuffingas. It is thus important to note that this Saxon Tribe was an offshoot of the Wolsungas which were the tribe that Sigurd and Sigemund were kings over. Here we have a direct link to the Wolsungas.

In the Legend of Sigemund a hooded one-eyed figure appears in the House of the Wolsungs and plunges a sword into the Wolsunga Oak Tree - this everyone there recognised as Woden. Sigemund is the 'chosen one' and takes the sword from the Oak Tree. The Sacred Tree is here an Oak Tree, associated with Woden/Wotan in his role as Herne the Hunter-God. This is the Sacred Tree of the Wolsungas. Sigemund is slain in battle after his sword is shattered by the Spear of Woden. It is only through the intervention of Woden himself - sire of the Wolsunga Tribe - that the Hero-King can be slain.

What we need to do here is to recognise that the Sword in the Oak-Tree is symbolised by the Nyd-Rune and that this is the 'Broken Sword' representing the 'Broken I' (i.e. the ego broken). When the Sword is pulled out the 'I' (ego) becomes whole once more - which is the task of the Divine Hero before he can fulfil his destiny. The Nyd-Rune becomes the Is-Rune once the Sword is removed by the Divine Hero. It is also necessary to recognise that the Wolsungas were a unique and special tribe, spawned by Woden in the woodlands, in order to fulfil a Divine Mission.

To continue......after the death of Sigemund his son, Sigurd, finds the Broken Sword and reforges it as the weapon to slay the dragon named Fafnir. He awakens the dragon, and (aided by the wise Woden) he lies hidden in a ditch, pierces the heart of the dragon, slays it and then drinks the Blood of the Dragon and eats the Heart of the Dragon. This is where the lay moves away from the mere 'Dragon-Slayer' as was the Xtian 'St George', for Sigurd eats the Heart of the Dragon (its consciousness and soul) and drinks the Blood of the Dragon (its spirit and blood-memory). Sigurd, through this act, becomes a Dragon-King which is an idea not unlike that of the Welsh Uther Pendragon ('Wondrous Head of the Dragon'), and thus the famous 'King Arthur' (who was also a 'chosen one' who took a sword out of a stone, rather than the tree). Before the distorters step in, this does not suggest a 'borrowing' from 'Celtic' sources, since these legends are ancient Germanic Legends and that of King Arthur certainly a Northern Myth connected to Arktur and to the Far North - of Hyperborean origins.

The downfall of Sigurd the Wolsunga is due solely to his rejection of his 'first love' who is symbolic of his Walkyrie-Wife, and although this was in fact down to the wiles of Hagen and a drug, he nevertheless takes on a 'mortal' wife of the 'flesh' and thus forfeits his life in this existence. This is the secret of the Divine Hero and his marriage to the Walkyrie-Wife, the HE-SHE of Miguel Serrano. Sigurd the Wolsunga (Siegfried of the Germans) is the Chosen One but fails to achieve the renewal of Nature. This was the basis of the work of Richard Wagner in his Ring Cycle, which ends in the Gotterdamerung - Twilight of the Gods (World War II).

Just down the road from Wayland's Smithy is a village called Woolstone which is most likely a corruption of Wolf-Stone, and further along the road (coincidentally) is the Blowing Stone which, it is said, when blown through will awaken King Alfred when the English are in their direst hour. Again, we have a very similar legend to that of King Arthur, and also the German Barbarossa. King Alfred was a good Christian King who persecuted the old Heathen Ways, so just maybe this legend was attached to him but originally referred to the Waking of the Wolf-Spirit when the English were in their direst hour and threatened with extinction.

The Forge of Wayland (Wayland's Smithy) is where the Broken Sword is reforged, and has been used by Odinism and then Wodenism for some 25 years and more - and has been one of the sacred sites used often by Woden's Folk. It is where Sigurd reforged the Sword of the Wolsungas and then set off to slay the Dragon by Dragon Hill. There has been many strange happenings at the Wayland's Smithy which cannot be logically explained away. 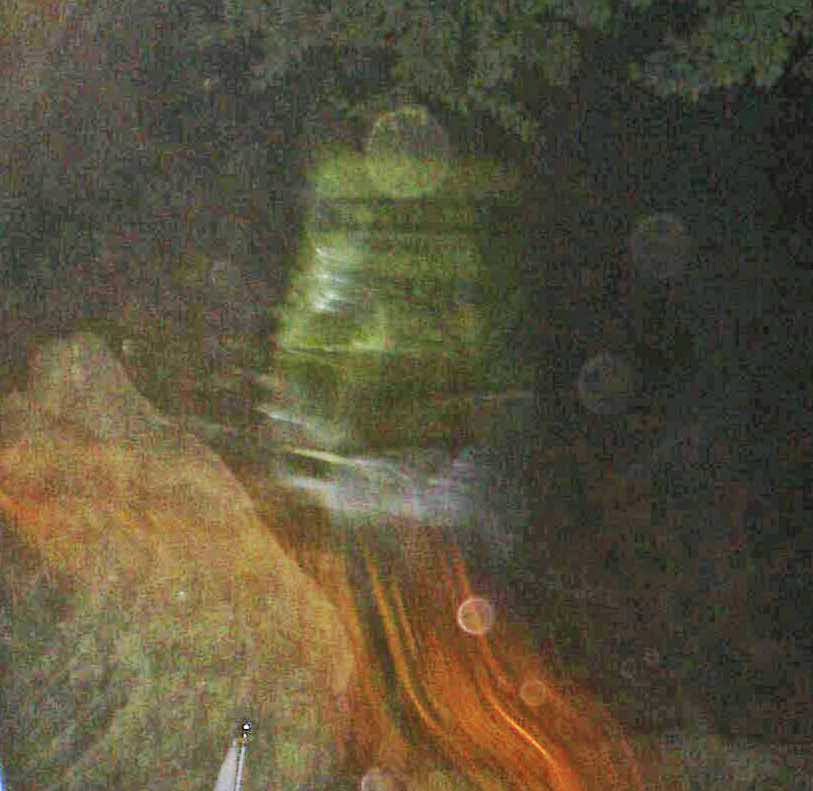 One of these was connected to the runic formula ALU which is a Magical Force associated with the Fire-Serpent and its awakening. It could perhaps be seen as the Odroerir, which is the container and the contained. It was at the Smithy that a Saxon Warrior appeared to a local 'medium' and gave her the formula ALU - which was revealed by her to me when my family camped there some years ago. She knew nothing about the formula nor about the Old English Runes. In one photo taken at the entrance to the Smithy a ghostly wolf's head appeared.

Some years ago a strange 'messenger' in the form of a young man ('Druid') turned up, together with his Black Dog, in fulfilment of a strange dream the night before, and mentioned that on a tour of Britain  he had come across a Black Dragon in Scotland, a Red Dragon in Wales, then a Green and then White Dragon in England (the latter we were using at the Folk-Moot). Black-White-Red-Green which are the four colours of Germania. Then he asked about three runes which he had 'seen' whilst walking in the local woods - he knew nothing (again) of the Old English Runes. These runes I recorded, and as I write this article their meaning has suddenly become clearer to me, and relate to the Awakening of the Fire-Serpent and its link to the Wayland's Smithy. 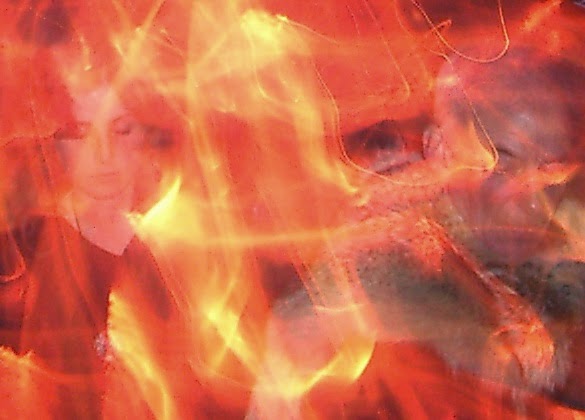 It was prophesied that great Initiates of Fire would arise in our era to 'melt' the frozen Ice and thus aid the movement towards the evolution of man into the Superman. Using the Inga-Fire or the Serpent-Fire there would be an 'up-rush of fire' which would create movement from the stasis - a movement that would rock 'em in their 'ivory towers'. Wayland's Smithy and the Forge of Wayland have a secret yet to be revealed to us...... 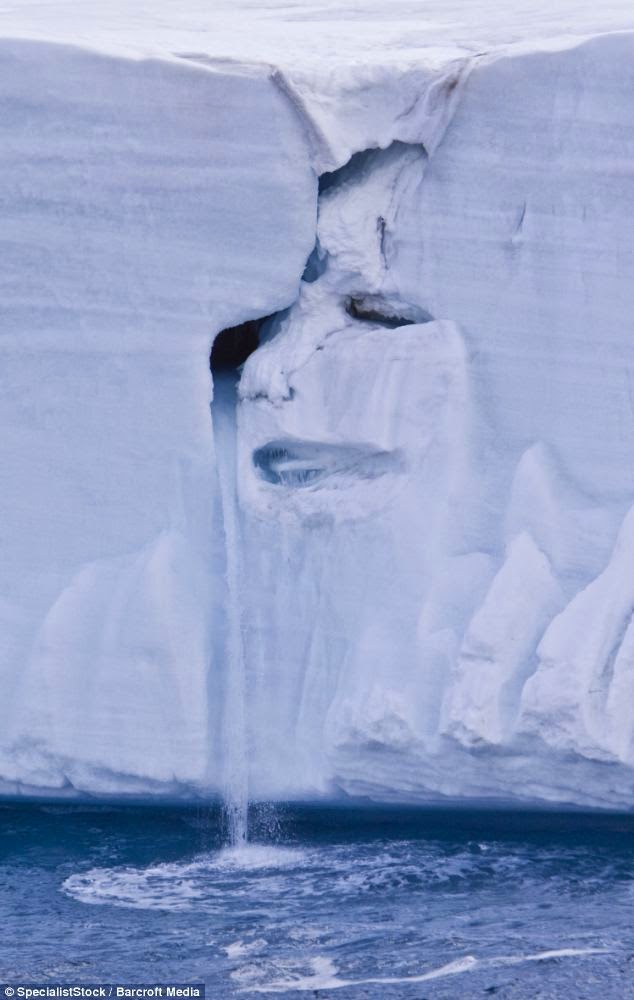 'When the Ice of the Darkest of Nights melts away under the Fire of the Black Sun within the Inner Earth, the poison apple shall fall away, and the Sleeping Goddess shall awaken, throw off her White Wolf Skin and arise renewed by the Golden Apples of the Immortals.  When the Moon is under her feet and she is clothed in the Golden Sun, she shall bring forth the Divine Child of Light who will lead the English Folk in their Divine Mission against the Servants of Darkness.'

Posted by Wulfinga at 15:28 No comments: