The Secret of Halloween

Halloween (31st October) is supposed to be a 'Celtic' festival but has an Old English name - it is a corruption of All Hallows Eve. This has become more popular over the past few years here in England, mainly because it has become yet another time of the year to sell to the consumer-masses. Nevertheless, it is an ancient festival and we are going to look into its roots - in  Germania.

There are certain articles associated with Halloween and these, when analysed, point to an ancient Ancestral Festival of the Dead Heroes. We shall look at these now -

In Odinism, Wotanism and Wodenism we celebrate a festival called The Einheriar or in  WF we also call it the Ancestral Rite. This coincides with the 'Armistice Day' on November 11th, which is a modern corruption set on this day by the Dark Forces. Due to the calender changes by the Xtian Church 11 days , which suggests that this change made the festival of November 11th move 11 days back to October 31st. These are thus one and the same festival.

We have also the date between these - November 5th - which is obviously some form of ancient Fire-Festival remembered and latched on to 'Guy Fawkes' at some time so as to keep it going. We have thus an 11-day festival with the dates 31st October, 5th November and 11th November as being the key points. 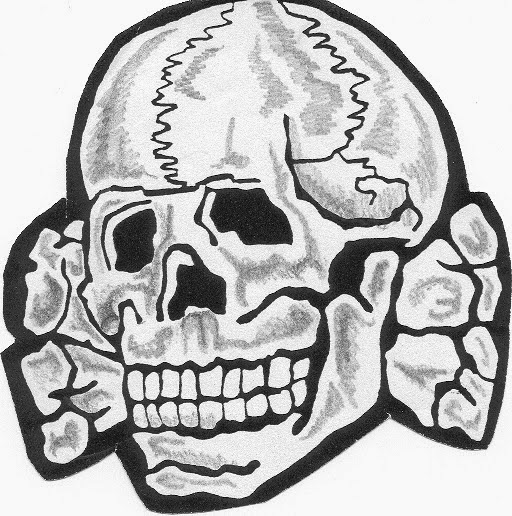 We have the following ideas from this -

The Death's Head derives from the Skull & Crossbones which is clearly associated with the god Woden - the One-Eyed Hunter-God. We have here confirmation that the Ancestral Cults were part of the Woden-Cult.