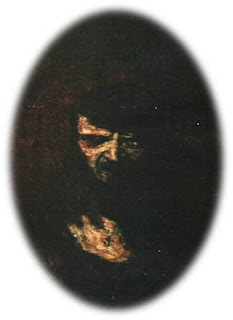 Wudga and Hama are paired in some Old English texts, and they parallel Witega and Heime in German tales. Wudga, Witega or Widia is the son of Wayland, or usually seen as the son of Wayland, whilst Hama or Heime is the god Heimdall. In the past I have seen fit to associate these two with the Divine Twins, or rather as an aspect of the Divine Twins. The Old English witega refers to a 'seer' or 'prophet' and this aspect must be taken in context, for Hama is the god who incarnates to instate or reinstate the Divine Order of the Gods - The Caste System or Racial Order. It seems clear that the two have differing roles, but appear at the same time as the Divine Twins.

I see Wudga as being akin to Woden in some strange way, since we see Woden as a 'seer' or a 'prophet' (he morphed into 'Merlin' in the Middle Ages). We have shown before how the Incarnation of Wotan appeared in Germany during the last century, so we have actual proof that this god-form resurrects in order to save his people and in this case to change the world-order. In the god Wid-Ar we can see an extension of this concept in that he is resurrected with the death of his father - Woden.

The role of Wudga (Woden) would thus be that of the Leader of the War-Band, who would take the road of 'Chaos' in order to reinstate the Divine Order that has been broken through the Evil Powers that have taken control of the world. Wudga (when seen as an aspect of Woden) is the power that parallels the 'Dark Knight' in having to work outside the rules and laws of society in order to combat a corrupt and degenerate society. The 'Dark Knight' works outside the law to combat the forces that have themselves worked outside the law to crush all of the Divine Law set down by the Gods - 'The Joker' ('The Trickster' maybe) in one sense. Thus Woden-Wudga takes the Left-Hand Path which - as we find in Tantric Lore - uses methods taken from the more chaotic and sinister side. Chaos combats chaos! That is how it must be. This is why we find that every concept related to the Germanic Mannerbund, whither in Germania, India, Persia and throughout the Indo-Germanic world is found to be related to a group of 'outsiders', 'outlaws' who work outside the rules of the social order, dress in black, and use the Black Flag and the Death's Head Symbol. The leader is Woden as the One-Eyed Hunter-God - the Wild Huntsman.

We see that in every legend and mythology concerning such Cultic Brotherhoods these are feared or shunned by those within a stable society. This is because of the way they work, their involvement in the Left-Hand Path and their chaotic and disordered lives, living outside the 'norm', outside the 'boundary' of a civilised society - Barbarians. Often these brotherhoods are suppressed and go underground, no doubt since they would be rather awkward when times are stable. Going underground meant that they would surface again at the right time - indeed this seems to have been true of the Holy Vehm which had a similar type of structure and maintained order through working outside the laws of society - working to their own laws. 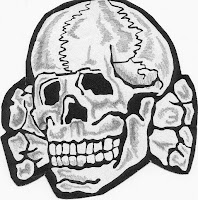 Hama is the God of Order who reinstates the Divine Social Order of the Gods; his role runs parallel to that of Woden-Wotan but is not the same. He incarnates in the flesh at the same time but as the role of Manu or Rig-Hama in recreating the Divine Order of Race - renewing the Caste System in other words. He thus works at an entirely different level, for his role is aimed at the future as much as the time in which he resurrects. His role is to recreate the Aryan Aristocracy which has been destroyed by the Forces of Darkness and Evil. 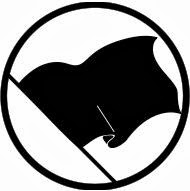 In the role of the Divine Twins we can see an Archetypal Ur-Myth in which one twin is Immortal, the other Mortal. Hence it seems clear that, like Elijah (Old Testament) and Romulus (Rome) the founding twin is Immortal and rises up to the heavens - or in our day we would see a legend that he did not die but lived on after, being built around him after his departure. This we can relate to Wudga since in one German Legend he (Witega) rides his horse into a lake and is never seen again. His departure (like that of Krishna too) would herald the end of a cycle, as that of Krishna ended the cycle after the great war of the Mahabharata. It seems logical to see Hama (in this role) as the Mortal Twin.

This is rather a difficult concept to grasp, since there is so little knowledge of the Divine Twins in any of the mythologies. In  the case of Hengest and Horsa (nearest to the English) we find Horsa being slain in battle and Hengest going on to conquer the new lands - they are clearly the Founding Twins. There is also some kind of crossover between the roles of Wudga and Hama as can be seen from what has already been said. It is thus difficult to tell one from the other. 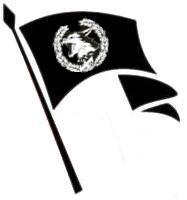 The Folk-Leader or Fuhrer (*) takes the role of Woden - is Woden - as the Leader of the War-Band. Indeed, the woda-force is by nature a chaotic force of ecstasy, intoxication, divine 'madness', hence its role in the Germanic Mannerbund. We need only refer to the essay 'Wotan' by Carl Gustav Jung to recognise the nature of this force, though Jung seems to have missed the point that this force is necessary to bring order out of chaos.

(*) This is used here in the true sense of being related to the 'Teuton Fury' or 'Berserker-Rage' which is an aspect of Woden as his name suggests - he is the 'Master of Wod. The alternative name of the Wild Army is 'The Furious Host' which underlines this idea. 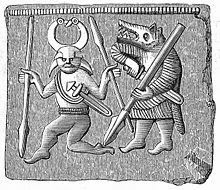 In today's world we can see the re-emergence of this power through the Spirit of Woden moving within groups that use the tactic of torchlight marches - a method used by various different movements throughout Europe. This is the 'Light in the Darkness', the powers that work through the darkness - against the darkness. This is the role of the Shadow-Warrior who combines within himself the Power of Light and the Power of Darkness in balance. He works for the Light Forces and worsk under the cover of darkness and night - using the Left-hand Path. This is where Woden's Folk took a leading role, in creating a new Folkish Religion firmly based on Woden as the One-Eyed Hunter-God, something that many Odinists and Asatru fail to grasp, still sticking to the 'Viking era'. Here in England it is not widely recognised that the figure of our own Folk-Hero - Robin Hood - is far nearer to the true and original role of Woden as the One-Eyed Hunter-God and Leader of the War-Band - the Wolf's Heads.

The term 'wolf's heads' came to mean one who was banished from the tribe, but I would suggest that this is a later interpretation and the original concept was that of the Shadow-Warrior who leaves the tribe and societal rules behind to live in the wilderness, there to train in warfare and survival, learn the Archetypal Myth of the Great Cosmic War, and return as the Tribal Leader (Shaman-Leader) in order to take up the struggle in this Cosmic War. The term 'Wolf's Head' would thus refer to the wearing of the wolf-mask and wolf-cloak (Hooded Cloak) in the service of the Wolf-God, Woden. 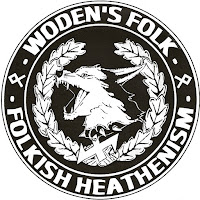