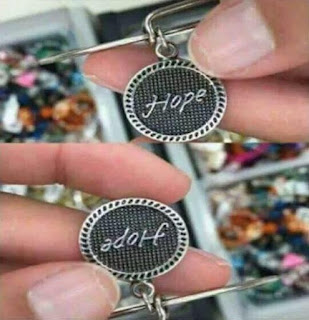 "We came from the water. It runs through our ancient days, down the long years to this moment, coursing through our lives like the Bloodline of Kings. A swiftly-flowing stream of memory and sorrow. One drop of Blood, and then another, can become a ripple, a river, a rising torrent, unstoppable, which in time breaks down all resistance to flow freely once again on the journey to its destiny."

The remnant of 'The Faithful' - the Dunedain - were scattered, and few, and were beset by many, many dangers, for Sauron - the Dark Lord - had not forgotten the past and his efforts were directed at the destruction of the line of the Numenoreans - Men of the West - that the last of the line of his greatest enemies should be lost - for ever. Arathorn was slain, and the child Aragorn taken to Rivendell to be fostered by Elrond. There he was named Estel meaning - Hope.

The Dunedain were scattered, living in the hidden settlements in the ancient forests of Middle Earth - in the Northlands. They were known as The Rangers and protected Gondor from the Orc-armies of Sauron. Aragorn was the scion of Elendil, awaiting his time to wield the Broken Sword, re-forged by the Elven-Lords of Rivendell. This is the time of the 'solitaries', those remnants of 'The Faithful' who hold on to Hope and the future coming of the Last Avatar - the Third Sargon.

'Adown cometh to the Doom of the World
The Great Godhead, which governs all....

The Prophecy of the Seeress Stanza 65 (The Poetic Edda).

Most scholars see the above as a Christian influence, but maybe the authors of these old texts were more clued-up than these people think. The mighty Empire of Numenor had become corrupt and had come under the influence of Sauron; the Dark Lord was defeated by the last King of Numenor - Pharazon - captured, but gained the king's confidence and became his counsellor. In arrogance, pride and wishing to become immortal like the Elves, Pharazon and the Numenoreans broke the 'Ban of the Valar' and assaulted the Undying Lands. The Valor (The Gods) laid down their Guardianship and called upon Ilu - The One - whose wrath destroyed the lands and the world was changed. A portion of the Numenoreans who had stayed loyal and faithful to the Gods, led by Isildore, created Arnor and Gondor.

The idea of the 'Great Godhead' coming down to the Doom of the World is the same as that of the intervention of Ilu - The One - who is the 'All-Father', the Creator, Preserver and Destroyer of worlds. In the predicament of the world today the Gods may thus 'lay down their Guardianship', and thus the Great Godhead Himself may intervene in this falling world. This may be the Third Sargon whose role is to completely destroy the Dark Forces that have taken control over the world. This is why the Sajaha Prophecies tell us that he will 'know all' and he will be so powerful that nothing can stop his power and might. But for now......

When all seems lost, all Hope is gone,

Then shall arise The Hooded One....