Oppression in any form is a burden to the weak; to those with a slave-mentality life itself is a drudge, a curse that they have to endure. Any form of drastic change or disruption in their meagre and pathetic lives is a disaster, and thus they cry for everything to become normal again. This is the herd-mentality spoken of by Friedrich Nietzsche, that of the Ultimate Man. The 'sheep' are totally reliant upon the State System, whether it be the state authorities or the global corporations, they are the same. Such people can never be creative since they need someone to do things for them. These are the conformists in these times, and their whole lives now revolve around 'Covid-19', which has become the 'key-word' for everything that is being done to the people, and it has become the excuse for every change that is being forced upon us.

Oppression, change, disaster and catastrophe, to the strong, is a means of self-overcoming, of being able not only to cope but to overcome the human weaknesses that we all have. The strong will try to break through obstacles, to overcome problems and even catastrophic disasters. Self-overcoming leads upwards towards self-perfection, to becoming one with the Immortals - the Gods. These strong ones are the Wolves Amongst The Sheep, one of the mottos of Woden's Folk.

We held a Folk-Moot somewhere in England recently, just a gathering of a few people from the local area, to which Hamasson and Scyld accompanied me in order that we could discuss certain issues with Raven. The difference between this and the 'outside world' was amazing - not the slightest hint at 'conformity' during the whole thing. And yet, having said that, there does seem a growing trend towards not conforming so much around us, maybe more and more people are seeing through the farcical trends of the 'Covid-World'. Or maybe people are just drifting back to how their dull lives were before all this? This is usually the case, and I see no reason to see this coming out any different.

The one thing that we must not do at this critical time is to become complacent; this would prove disastrous. The other day I spoke to a young local guy who exclaimed to me - 'I'll be glad when they come up with a vaccine and we can get back to normal'. Is this not just what this regime wants in the people, to cry out for a 'cure', which will be given since the whole thing has been engineered in the first place. Do these people not listen when they are told that things will never get back to 'normal' - just to a 'New Normal'. The whole thing has been engineered as a kind of 'mass-initiation' designed to create a new 'race of slaves', under the total control of the Global Elite. They will not let things get back to 'normal' because they wish to create a new 'world-order' made up of masters and slaves, and this means an experiment in mind-control over the masses of the world.

It is noticeable here in England that they are doing this in very careful stages, not just all at once; and the same goes for the USA and certain other White Nations. This is no doubt to avoid mass opposition and rebellion by the masses - which would be the case if they pushed too far too fast. Whatever the case they are tightening the screws. In the USA they have greater problems looming, and if the term 'Babylon' used in Revelation does refer to the USA, and this may be the case, then this is the area where things will come to a head, and the collapse take full force. The world will follow suit. It was the very same people, the Global Elite, who were accusing us of trying to start a 'Race-War', who are today clearly fermenting a 'Race-War'. We must all be aware of this now. There are so many threats that they could use for the  near future.

Trying to grow our own food, and stockpiling food in case of food-shortages was one of our main aims over the past couple of decades (or more in some cases). There is a great danger of food-shortages now, and this should not be ignored. There is also a great danger of a total collapse in society, throwing everything into disorder and chaos. This we must be aware of too, even more so since it is clearly heading towards this. It is even more essential now that we do not sit back and get complacent because even harder times are ahead - even harder challenges that we have to overcome. Woden's Folk set itself the task of self-education and self-training in order to be ready for anything that could hit us, and so far this has paid off. But we must not become complacent and slow our work down.

We are holding high the Flame of Freedom for those to come, for our children, and their children. That freedom is being lost rapidly, but much of what is happening need not happen if people did not give way to tyranny, did not conform to their sick rules and regulations. It will become more and more obvious to more and more people that this is not about a 'pandemic', and more about total control over our lives. The 'rules' that were first put into place through 'Lok-down' (*) have become 'laws' and they are talking of extending these for two years. It would seem obvious, but as yet clearly is not, that no-one could see just how far such a 'pandemic' would go, so adding another two years is merely making sure that this control goes on into the future.

(*) A play-on-words for 'Loki', the Trickster and Liar, associated with the Spider and the Web. 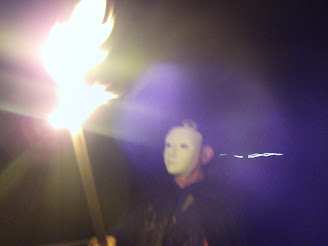 Most people did not realise that the 'World Wide Web' was named thus because this regime was creating a 'Spider's Web' that catches everyone in it, based around a Web of Deceit and Lies. This was merely a step towards controlling the minds of everyone around the world through linking their minds together in a World Network or Global Network. They are already experimenting with microchips inserted into pigs (these people do not like the boar or pig); these are designed to control the actions of the animals - yet another animal experiment. Here we can see them as the hypocrites that they are, for it was the 'lefty-mob' who deemed animal experiments as cruel (which they certainly are), hunting as cruel (which I believe it is when done as a 'sport'), and thus unleashed the 'animal rights activists' onto us. Here we have continuing animal cruelty being done in the name of science, and they are saying nothing whatever about it. But this, like the work done by the 'animal rights activists', advances their Global Agenda, and if the two seem incompatible that matters not one jot to these people.

I think everyone was somewhat taken aback by the speed in which this has happened, but it has happened and we cannot do anything to change that. But we can do something to change the future for the better. In one sense we are today being ruled by these 'activists' who have long pushed their Hidden Agenda behind the scenes. These are the people that have a lot of power, even if they have superiors who themselves feel they have this power. It is crucial that these people are not backed down to, because that is the way they work. They agitate, moan, grumble, and push their agenda no matter how one argues against the nonsensical aspects of this. These people are the one who stifle free speech, who suffer no arguments against theirs - they are right, no matter what! It is these people that we must not only oppose but expose. Just as much as we need to expose the Global Elite - the Bankers (money-lenders) and the Marxists.

This, as Miguel Serrano stated, is an Eternal Struggle, and we have been born into this today, at this crucial Eleventh Hour, to wage a Holy War against the Forces of Darkness and Chaos who hold sway over the world. This is our time, as much as it is their time. We are the - Wolves Amongst The Sheep!