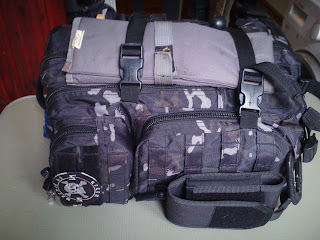 Woden's Folk was created on April 21st 1998 and one of the first things that we did was to encourage anyone coming into our religion to make themselves ready for any form of future problems such as disasters, food-shortages, catastrophes or social breakdown. We set a date for 2012 to do this as a group, simply because it was a date banded around that some saw as a time for disaster to happen - nothing did happen, which was the case back in 1999 too. However, I doubt if any of us thought of a 'pandemic' (if we can call it that) which was the catalyst for drastic changes in 2020-2021. But this has happened and it has proven to be an ongoing process that is part of a Global Agenda for changes forced upon us against the will of the people. I think most people are thoroughly pissed of about having this forced down their throats day after day, and nothing else bar the odd change in news that is merely an offshoot of this agenda. The world today revolves around 'Covid-19' - not here it doesn't!
I took a week off to go wild-camping in a woodland in Sussex, and during this time I did some thinking about how we can all get our lives back and how we can ensure the physical survival of our family and folk. Positive-thinking is a word much used, but one which we should all take heed of now, because dwelling upon the negative only attracts negative entities which create disorder and disharmony in the individual or group. We all know that there are threats of 'food-shortages' (truthfully there are none around here) and this is banded about to scare people into going out and bulk-buying, and thus create a shortage. But since we set ourselves the task some 20-odd years ago this has no effect. Or it should not have for those who did prepare. This is one point of importance, it is no good waiting until something does happen, this must be done in order to prepare for future problems.
What I would like to start off with here is to show others a Survival Bag which I keep ready - some call this a 'Go-Bag' or a 'Bug-Out Bag'. This is kept ready for when anything does happen, but unlike some I do not keep it filled and ready and not use it until something happens. This is used as a Training-Bag and taken out to train in wild-camping and how to cope with sleeping outdoors, cooking outdoors, and generally using techniques that are today called 'survival', but which were not long ago all part of the daily living process. Modern living is made easy, and we need to get out of the habit of having it too easy - struggle is the watchword for evolving. Using the kit kept in the bag means it is -
The backpack that I use is an urban DPM bag which was fairly cheap, and thus had to have a couple of modifications to make it easier to carry. There was no chest-strap, so I made one up, and one of the waist-straps was useless in that it pulled through and came loose, so I cut a short stick to push through and hold it fast. These changes have done the trick. Those who can afford better should pay more and get better, but for now this will do fine for my purpose. The pack is a medium-size molle pack.

Contents of the Survival Bag - 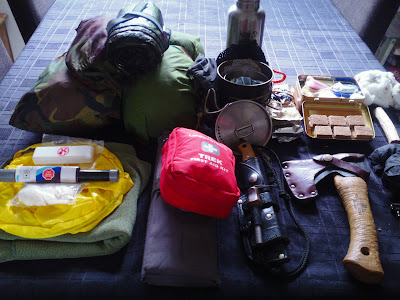 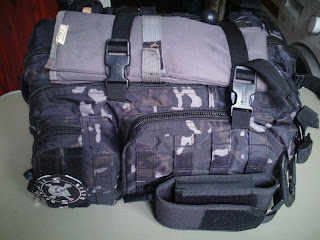 As you can see the pack is not large, and just enough to carry the minimum needed to be able to 'live rough' if necessary. There are other important things such as spare socks/underwear which are kept ready for use but not put in when doing a day-training session.
There is one thing that many 'preppers' overlook, and that is the obvious that, when faced with an emergency situation, what one does will depend upon what the situation is. The idea of taking up a 'Bug-Out Bag' and getting off into the wild is not something that would be the first thing that I would do -
There are certain things that are necessary when thinking of surviving something that suddenly comes upon us and forced instant change, and forces us out of our comfort-zone - 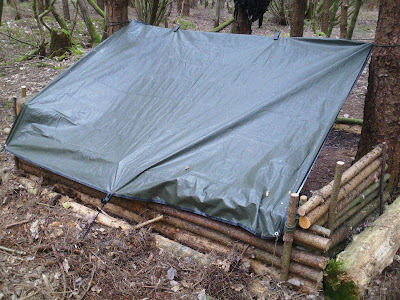 Here is a tip that may become useful for those who do see problems in the future, and since the lunatics have now taken over the asylum then these problems seem to be inevitable. If you can find a piece of woodland, or another area where the public rarely go, then create your own base-camp that could be used straightway when something does go off. The above is a wooden shelter built in a local woodland, the only thing needed being the 6' x 4' milar-tarp that goes over a sideline attached to two pine trees. This is 'good-to-go' as our US friends say!
Practicing wild-camping and outdoor survival need not be done as a purely physical activity, though it will certainly improve fitness and health, for it can also be a form of spiritual training since it does involve intense concentration, and the ability to become a craftsman in what you are doing. This also tends to help the individual become self-reliant since it means creating one's own shelter, fire, cooking facilities etc. It is creative in many ways. It also involves positive-thinking, since the individual is becoming aware of how to overcome obstacles and problems, and is taking control of one's own life, rather than the mass of people who are led along like sheep. Taking control of one's life is the most important thing in today's world where there are hidden powers that seek total control over our lives. Also, giving our full concentration to such positive tasks means that our minds are centred upon something positive, and not full of the daily propaganda that is being fed to everyone.
One thing that is noticeable when we feel 'down' or a bit 'depressed', is that in focusing the mind upon positive tasks the mind moves away from its lowly state, and we feel better for this. Dwelling upon their agenda, even when opposing it, merely helps to aid their task of making this whole thing something that is never-ending and something we cannot get away from. We can get away from this, through preparing ourselves for what next they have in store for us. They have made their 'cult' a way-of-life for most, now let us take back control and run our lives in the most natural way, getting out into Nature and learning outdoor skills, readying ourselves for what they throw at us next.
Posted by Wulfinga at 09:48