King of the World Prophecy 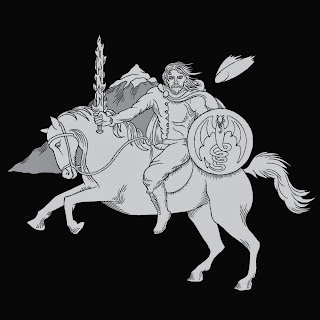 "More and more people will forget their souls and care about their bodies. The greatest sin and corruption will reign on the Earth. The 'Crescent' will grow dim and its followers will descend into beggary and ceaseless war......

The enemies of God and of the Spirit of Man will come. Millions will change the fetters of slavery and humiliation for hunger, disease and death....

Then I shall send a people, now unknown, which shall tear out the weeds of madness and vice, and will lead those who remain faithful to the Spirit of Man in the fight against the Evil. They will found a new life on Earth, purified by the death of Nations....The peoples of Agharti will come up from their subterranean caverns to the surface of the Earth."

The above prophecy seems quite clear and straightforward, and it certainly rings true of the times we live through today. The part that may be somewhat vague is the last paragraph with the mention of the 'peoples of Agharti' coming up 'from their subterranean caverns to the surface of the Earth'. This is not the first time this has been mentioned, since it occurs in The Coming Race by Lord Bulwer-Lytton where it is the Vril-ya who come up from the subterranean world. This does not mean a physical world inside the Earth, it refers to the Etheric Body of the Earth, as pointed out so many times by Don Miguel Serrano. This is a parallel world that exists by our physical world.

We know of the idea of Odainsacre where dwell the Asmegir, and where no evil can touch; this is where Baeldaeg dwells after being slain by Blind Hodr through the wiles of Loki. The above prophecy suggests that these people of the Inner Earth will appear on the surface of the Earth; it is not really clear as to whether they are the people 'now unknown' who will destroy the Forces of Evil, or whether they will appear to repeople the world after the destruction of Evil.

Agharti and Shambhalla are names of this Kingdom of the Inner Earth, and it is from the latter that Kalki Avatar is said to appear from. This is why it is of no use whatever looking for this area in India, Tibet, or anywhere else that it has been said to be. It is not of this world, but of the 'Hidden World'.