'The last son of the man with the prophet's name
Will bring Diana to her day of rest;
At a distance they wander in frenatic grief
Delivering a great people from ruin.'


This is one of Nostradamus' Prophecies that has not been widely accepted as being a prophecy of the death of Lady Diana Spencer. It seems clear that this is the case, though. Her life was actually nothing really sensational, though it was played up to be so, but her death and her funeral certainly were. She died on August 31st 1997 in the 'Year of the Great Comet'. The 'prophet' here is Mohammet since the father of the man she was with in the car she died in was named thus - Mohammed Fayed. There are many conspiracy theories about here death and most point to a 'Ritual Killing', but we shall ignore in favour of some things we can be more sure of. There are too many 'coincidences' about her that are more important -

'This torch we'll always carry
For our Nation's Golden Child' 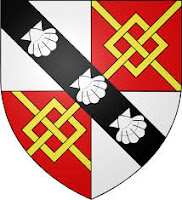 The above is part of the coat of arms of the Spencer Family - note the Gar-Rune, the Spear of Woden. 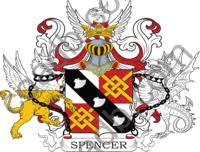 This is a larger version where the Gar-Rune Shield is topped by a White Dragon, to the left is a Golden-White Dragon-Eagle and to the right another White Dragon. The other symbolism are Three Sea-Shells. There are versions that leave out the White Dragon symbolism. The Dragon-Dragon-Eagle are chained by the neck to the base of the shield bearing the Spear of Woden - 'fettered', that is, to the Will of Woden. The symbolism of the 'Three Sea-Shells' is not clear as yet.

Lady Diana was killed in the car crash under the Pont d'Alma which was linked to the Merovingian Kings - the Wolsungas. The Wolsungas - Wulfingas - Heardingas play an important part in the Lore of Folkish Wodenism. The name Pont d'Alma means 'Bridge of the Soul' and a 'bridge', like that of Bifrost, is a link between two worlds. Let us now look at the Goddess Diana - 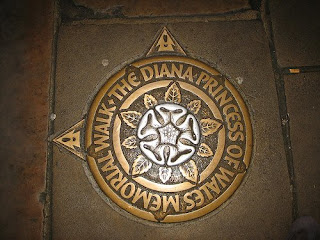 There has been so much written of the 'Occult Conspiracy' behind her life and her death; the problem with conspiracies is that there are so many different versions, and where they start to lead somewhere something else takes the path away again. There is so much information - and so much disinformation  -that the truth cannot be seen clearly. This is why it is better just to ignore this and concentrate upon the symbolism of this; since much of this has been placed there after her death we can see the possibility that it was used to further an agenda. The Spencer family has not always been a vehicle for the best of individuals as their history shows (*); and how far back their 'aristocratic' pedigree goes I am not sure (since at least 300 - 400 years ago titles have been bought for cash). We have a light side and a dark side - as with everything. This is why I am not going to bring them down which would not be fair - we do not know the whole facts. It is the symbolism that is important to us here. But symbolism is often used unconsciously as I have shown in my latest posts.

(*) I recall reading in an old set of books on the English Nation that a 'synchronicity' occurred concerning a 'Diana Spencer' who lived around the Seventeenth Century (if I recall right), which seems to suggest their own 'Archetypal Myth' being played out. I never really went further with this, and perhaps it does not matter in regard to what is said here.

The important symbolism here is -

1. The White Dragon of England.

2. The White Rose of England.

3. The White Rose as symbol of Freya-Idunn - the Goddess of Light and Love.

4. The Flaming Torch upon the Pentagram/Rose.

7. She died in a place sacred to the Wolsungas who were said to be the Divine Race of Woden. This was the 'Bridge of the Soul' which suggests travelling to the Otherworld at this point.

8. The sing originally by Elton John saw her as 'England's Rose' mentions the 'Torch' that will be carried 'for our nation's Golden Child'.

9. Her burial area is 'guarded' by Four Black Swans, whilst White Roses have been set around the area, and White Lilies in the lake.

We must trust that somehow this will act in - Delivering a great people from ruin' as Nostradamus states in his Prophecies.