"The whole of South America was reduced to a state of panic when seventeen squadrons of UFOs flew silently by at a height of about 300 metres.

I have told you about these implosion machines: where they were built in 1943-5, who built them in 1943-5, and who destroyed them at the end of the war on the orders of Field Marshal Keitel."

Those who are familiar with the works of Don Miguel Serrano will be aware of his ideas on the importance of Antarctica, and also his ideas on the UFOs that he seems to feel come from this area. In the above statement by Viktor Schauberger, which is in a book about alternative forestry and nothing to do with UFOs, we find a statement that the Germans had been building UFOs during the war, or rather what we could call 'Flying Saucers'. Not only that, a vast formation of UFOs was seen over South America after the war had ended. One important point to notice is that the Aryan Science of Implosion was used to build these crafts.

Over the past few years it seems that scientists may have found the remains of ancient civilisations under the ice of Antarctica. From Duruk, Argentina, scientists uncovered the remains of a massive stone structure and other artefacts estimated at 4,000 years old. The famous Piri Reis Map of Antarctica seems to show the area in a slightly different position, much of which was ice-free. There has been suggestions of a pole-shift or displacement of the Earth's axis of rotation. NASA images are said to show possible human settlements some 2.3 kilometres below the ice surface. 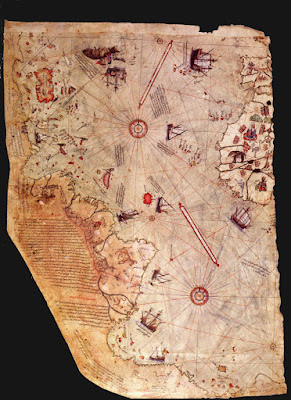 There have also been other new revelations on YouTube, one about a pyramid-structure, but here we need to err towards caution. The problem lies in that "Conspiracy-Theorists' take up the platform and some of these have way-out ideas and vivid imaginations; we know that some 'Conspiracy Theorists' have today been proven right about the 'New World Order', but when it comes to UFOs some tend to go far too far. We just need to be aware of this when dealing with such a subject. But we should not reject everything simply because of the crackpot-theorists. (*)

(*) It is not out of the question that The System would put into the public domain images and articles which are false; they would do so in order to confuse, and no doubt later 'expose' these as frauds, thus negating any real evidence that comes up on the subject. We should certainly not believe everything that is put out.

The synchronicity here seems to be that over the past year UFO sightings in the UK have doubled, and no doubt in other countries too. This will be put down to the present 'Lockdowns' where people have had more time, but since many have not been out and about as much then this does not ring true. We have here both the Antarctic Civilisation postulated by Don Miguel, and the massive surge in UFOs also mentioned in his works, UFOs coming from the area of Antarctica. 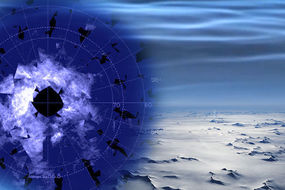 Don Miguel Serrano goes into great detail on his visits to Antarctica, which is where he seems to have entered another dimension of time and space, and where he gained his enlightenment and his ideas on Esoteric Hitlerism.
Posted by Wulfinga at 03:52