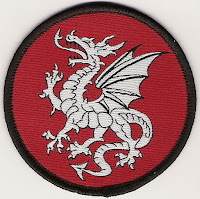 Archaeologists have ascertained that the second phase of the building of Stonehenge was done by Frisian Tribes, something that has been quietly pushed aside by the Establishment. This is a very early stage, some 4,000 years ago, and to some extent it gives credence to some of the accounts of the Frisians in the Oera Linda Book. It would appear, at least to F.S. Scene (FSA Scotland) that our own English History may well be inaccurate, something we know of course. But his lecture on the 'Frisians' tells us far more about our past than the history that has come down to us from Bede, Gildas and Nennius - whom he uses for his ideas.

According to Bede in his Ecclesiastical History of the English (731 CE) the Angles, Saxons and Jutes arrived here in England in 449CE, the Jutes being under the twin chieftains Hengest and Horsa. This was written, as we can see, some 282 years after these events took place, and he seems to have got some information from Gildas who wrote some 150 years before this time. But Gildas mentions neither Hengest and Horsa nor Vortigern. In fact the year 449 seems to have been a mistake due to this being based upon the second visit of St. Germanicus in that year, whereas it is more likely that this was around the time of his first visit in 429CE. This does seem more feasible in view of the plaque in Mold, North Wales, that records a battle between the Picts and Saxons against the Britons in 440CE. There do seem hints that it was the Saxons, Picts and Scots who were allied against the Britons and that by the year 449CE the Britons were at least partly subdued.

Nennius tells us that the Saxons under Hengest and Horsa settled in Kent, whilst the Saxons under Octa (Son of Hengest) and Ebissa (Nephew of Hengest) settled in Scotland. (I have mentioned the 'Sword of AEtla' passed on to Hengest, so the name 'Octa' is important since Octha was a son of Aetla the Hun). We have a clear account of how the Saxons laid waste to the Orkneys.
Ammianus Marcellinius states that in 364CE the 'barbarian army' was made up of Saxons, Scots, Picts and Attacotti. Here is an interesting piece since the name 'Attacotti' (Atta-Cotti) may well refer to the Chatti or Catti ('Atta' is a Gothic term for 'father') who were also called 'Gutti', and would have been the Gutians or Goths.
Nennius gives a Frisian genealogy for the Saxons, tracing back to Finn, Son of Folcwald, Son of Geta; 'Geta' would be the 'Cotti'/'Catti'/'Guti' and maybe the 'Geats' and 'Getae'. In Beowulf Hengest remains with Finn in Friesland, again this Frisian connection. In the Old English Traveller's Song we find 'Finn, Son of Folcwald' of Frisian Race. We do seem to have a connection here between Saxons, Frisians and Jutes, whom we know to be the Ingwaeones.
Scene traces the Frisians to areas of Scotland, near to the Angles of Northumbria (which reached up into the Scottish Lowlands), and this includes Dumfries, the 'Dun of the Frisians' (the word Dum-fries is a later corruption). The Irish termed the Norse (Norwegian) Vikings 'Fingalls' (Fair Galls), and the Danish Vikings 'Dubhgalls' (Dark Galls), thus the term 'Gall' refers to a 'foreigner' (in the sense of 'invader', not of blood-kinship it would appear). The 'Comgalls' in Scotland were, according to Scene, the 'Com-galls' and were the Frisians who settled in the area. They occupied an area known as the 'Sea of Guidan' and the 'City of Guidi', names which, when rendered in the Saxon Tongue, would be 'Vidan' and in Gaelic 'Fidan'. Scene sees these as Vitta (Guidi) who was the Son of Vecta. Nennius confirms this through his spellings of Guitta, son of Guechta. In the Pictish Chronicle there is a Guidid Gadbreahach. The Cat Stane has this inscription - 'In hoc tumulo jacet Vetta filius Victi' which can be found in this area of Scotland. Galloway was named after these 'Galls'. There were two areas in this location - Caer Breatan (Dunbarton - Britons) and Caer Pheris (Dumfries - Dun of the Frisians). This confirms the Welsh 'Gogledd' and the 'Tribes of the North', since the Romans recorded that there were Angli, Frisians and Britons in this area of Scotland (what is now Scotland).
Even in Ireland we find traces of the Frisians in the Fomorians since Fo-Mor means 'under the sea'. The areas 'under the sea' - the 'Netherlands' - was called Tirformor - 'Land under the Sea'. The Frisians seem to have had  connection to the Picts. One of the Fomorians, who came from Lochlannaibh (Northern Germany) was named Bhreas - 'The Frisian', and a fort called Tur Conaing tells us of the use of the North-West Germanic title of king - Cyning.
Clearly, what we have been told of our 'history' is not as accurate as some would have us believe. We have already traced the English back to pre-Roman times, so we have already discovered these inaccuracies. Why do those who promote the English and Englisc Nationalism still stick to these out-dated ideas that Hengest and Horsa landed in 449CE and that was the start of English history in these islands - when the truth speaks a much different version of these events. Indeed, the history of the Germanic Folk in these islands is not restricted to England, but covers Scotland, Wales and Ireland too, and many of these tribes were kindred to the English Folk. This would certainly be a unifying factor in stopping the insane 'divide and conquer' tactics used to turn one nation against the other, or the 'Celtic Nations' against the English. These 'Celtic Nations' just do not exist, since much of their history is the same as ours - Germano-Celtic. Our stance on uniting the Germanic Folk of these islands is thus borne out by the history of these islands.
There is one more thing that I have mentioned in the past, a problem with the name the English gave to the 'Welsh' - Wealas. This name is the equivalent to the Gaelic 'Galls' and no doubt 'Gaels' and would mean a 'foreigner' in the sense of one who is invading another's territory, or who dwells in another's territory. Why on earth would the English use this title if they were themselves invading the territory of the Britons? The Welsh do not use such a title of the English - there is something radically wrong here, something historians have overlooked. Since the Irish used 'galls' or 'gails' for both 'fair' and 'darker' (haired) Vikings then this would not seem to refer to the shorter, darker Silures mentioned by Roman writers, a tribe in South Wales. At this point there seems no logical reason to use the term of the Britons. Maybe this will come to light at some time.
Posted by Wulfinga at 11:57